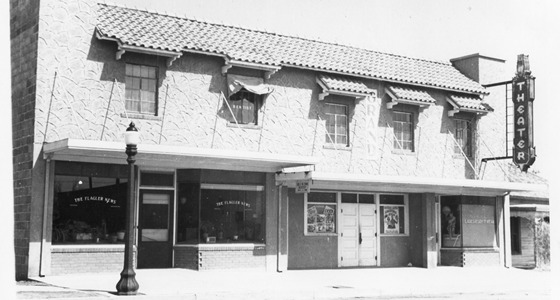 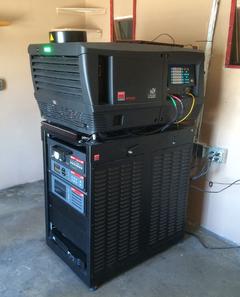 Our goal is to entertain and be the place in the community where people meet for a few hours. Whether is it a date night, a place to meet with friends, a night with the family, The Flagler Theatre wants to be the spot where people go to be entertained for the evening.

The Flagler Theatre has been showing movies since 1930 when it opened as the Grand Theatre. Local businessman Clarence Wright came up with the concept of creating the first talking movie theatre in town. After he passed away in 1936, his wife Nora Wright ran the theatre until 1967. Jim Trahern purchased it and in 1974, sold it to Walt and Arthena Witt. John Witt ran the theatre from 1974 to 1983. Arthena operated the theatre until 1988. In 1990, Cheryl Witt began its summer runs until the theatre went digital and allowed for more theatre.

From 1930 until 1954, it served as the community auditorium since the high school on the end of main street did not have the space. For over 20 years, seniors walked across the stage to receive their diplomas. It served as the town's auditorium until the screen was permanently mounted in the 1967.

Its vintage charm is evident from its ticket booth to the flat wooden floor and hand painted murals. The flat hardwoods also provided a place to hold dances, carnivals, roller skate and other special events because in the early days, the seats were set in banks of four on 2 by 4s. The seats were stacked against the wall to clear the floor.

The murals were hand painted for the theatre in 1930 by William Dickinson of Burlington.